OTHER FOOTBALL - News and Views.

Posts : 14756
Join date : 2012-11-30
Age : 49
Location : Burnage, Manchester
The whole team is just average, but as we always seem to qualify for major tournaments then the press build them into world beaters only for us to come crashing down to Earth when we get beat by the likes of Iceland.

Posts : 32139
Join date : 2012-01-04
Age : 37
England have the weapons to hurt most teams, unfortunately Southgate doesn't play to our one strength - pace. Last year we ripped Germany a new one playing with youth and pace, then Hodgson brought back the old guard and went back to plodding England.

@wanderlust wrote:I was surprised to see that a lot of the papers focused on Rashford today. TBH I thought he had a stinker apart from the one shot that went in. He was taking corners that were overhit or short, a free kick that almost cleared the stands and he gave the ball away constantly.
I know he has a lot of fans (notably Hoddle!) but I think he has - like the rest of the England team - a lot to prove and a long way to go before he can be considered world class.

I'm not sure we have anybody who is world class at the moment. Rashford is wild but one thing he does do is have a crack at goal even though it would be better to pass......Kane does the same thing.  I give them both credit for having a do.  So Rashford had three or four shots yesterday and one went in.......better that Madine & ALF with usually 0 shots between them......just saying.

FRANK DE BOER has been SACKED by Crystal Palace after just four matches in charge.
The Dutchman lost all of his Premier League games, failing to score a single goal.

Take note Ken, this is how to be decisive.

You won't get me again.

Hodgson will have them relegated by Christmas.

Take note Ken, this is how to be decisive.

The key word here is "overnight" IMO. Having watched them absolutely batter Burnley and only lose it as a result of possibly the worst back pass I've ever seen (CYL) it was a harsh result. Add to that the missed chances, especially from Benteke and Dann it definitely looks like De Boer had made some headway.

I'm no fan of De Boer but surely Palace should have given him a bit longer?

That said, with Palace playing Southampton next followed by City and United away and then Chelsea, I can't see there being much opportunity to get points on the board next month so if they'd kept him on they would have had to set their sights on improvements in performance as the criterion by which to measure progress.

It took BSA six games to get a win with Palace.

Some people need to get a grip. (Norpig excepted).

He'd have been better waiting until the run of tough games was over and then making a decision.

Posts : 19417
Join date : 2012-01-12
TBH it has echoes of our situation. We can't be hanging around until we play the "lesser" teams in our division to pick up points because there aren't any easy games. I know Boro are a top team but there aren't many teams in the Championship that look to be at our level so we have to find a way to win regardless of who we're playing. We have to average over a point a game just to survive.

Posts : 1022
Join date : 2016-02-11
No goals in four games with the quality of players Palace have is poor. He was sacked after about 70 days at Inter as well so perhaps there is a bigger problem?

@Fabians Right Peg wrote:No goals in four games with the quality of players Palace have is poor. He was sacked after about 70 days at Inter as well so perhaps there is a bigger problem?

Did you watch the Burnley game Fab? Palace totally dominated and deserved to win but were desperately unlucky due to a mixture of poor finishing from players like Benteke who you'd normally back to score and Chung Yong Lee's monumental cock up.
There may be a bigger problem, but I have to say I thought they were terribly unlucky not to get goals and points from the game and if they had we wouldn't be having this conversation.

You cite Palace's "quality players" but it was their lack of quality that got De Boer sacked.

You cite Palace's "quality players" but it was their lack of quality that got De Boer sacked.

If you believe the rumours then the players didn't want to play for him, didn't like the training and what was being asked of them.

Even quality players can down tools and deliberately under perform, look at Chelsea the year before last.

@Natasha Whittam wrote:I've told you, I will never click on of your links again. I'm being bombarded with slipper adverts whenever I go on eBay or Plenty of Fish.

Go on. It involves leg shaving.And you could do with a trim yourself. 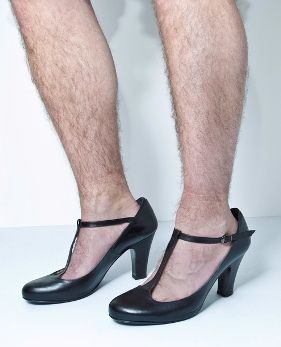 
Crazy move - they've just let him sign FOURTEEN players - what if the next man doesn't rate them?

They should have given him at least another month to let them settle in and start to perform well.

Posts : 1024
Join date : 2014-09-18
Age : 28
Location : London
They've all spent oodles of money and no doubt the chairchappies and owners are now crapping themselves in case they get relegated with all the millstone expense around their scrawny necks. Going to be a lovely bunfight after Christmas.


Crazy move - they've just let him sign FOURTEEN players - what if the next man doesn't rate them?

They should have given him at least another month to let them settle in and start to perform well.

Hoping this is good news for our chances of survival.

@wanderlust wrote:
Hoping this is good news for our chances of survival.

I suspect it's quite the opposite. New manager fever will no doubt push them up the league.

Guest
What a goal by Valencia

Mark Sampson has been sacked as England women's manager following evidence of "inappropriate and unacceptable" behaviour in a previous role.
The Football Association says that last week it was made aware of the full details of safeguarding allegations against Sampson when he was Bristol Academy boss in 2014.
But a 2015 FA assessment found Sampson did not pose a risk.
Sampson was also cleared this year of wrongdoing following discrimination allegations made by England players.


What I don't understand is that he's already been cleared several times for the stuff that he's now been sacked for?

All seems very odd to me.

If he did something wrong he should have been sacked at that point - but as he wasn't and nothing new has changed why is he being sacked now?

OK I know the FA claim they have only just got the full details of a previous incident - but surely the FA who cleared him to be England manager must have had access to full details in order to clear him in the first place.

It all seems to have been a witch hunt against him in the end.

Reminds me very much of something similar that happened at British Cycling a year or so back - a very successful coach having to quit over a PR storm from a woman he deemed not good enough to win a medal - and certainly on that point he was absolutely right.

There's no smoke without fire they say but if either of them were such a 'bad um' how the hell did they get to the top of their respective sports - particularly in this day and age where everybody knows their rights and no one is slow in putting in a claim if things aren't going their way.

@boltonbonce wrote:The 'Women in Sport' organization are reviewing their position in regard to him being their patron.

If he's done wrong he should go - and rightly so.

The thing I can't quite get my head around at the moment is that all of the allegations against Sampson were investigated and he was given the green light - Barristers being involved and all that.

All seems very odd to me - if he was guilty, then why was he cleared - and if he was cleared why is he sacked now?

Re: OTHER FOOTBALL - News and Views.