Guest
Pushing the responsibility onto others doesn’t work, it needs a universal effort including us. An EU aside effort would have a significant impact. That should have been the focus of the last few years, not failing to resolve a Tory argument.

@Hipster_Nebula wrote:Nothing can be done by this tiny little country. It takes the biggest polluting countries like China, America India Russia etc to all sit down and agree to something.

I was actually right now (im away at the moment) going to come back and say something along these lines to Okocha but my gripe was against the protesters stopping people for going to work potentially getting a docted pay due to turning up late etc due to this.

It's not fair on the public to endure this shit from these protesters stopping them going on their daily travels to work earning a living especially when some are so close to the bread line!

Why is it that this kind of protest is always funded by some asshole who has tons of money and flies (hypocrite already!) to the UK to participate and the other bunch look like a bunch of squatters who need a bloody good wash.

Are you telling me that all these people gluing themselves together are happy to lose a days pay for this bollocks?

I bet half of the inbreds haven't a clue what they are "fighting" for and are the usual who take the usual spliffs etc.

Hipster is right in how China is. With the industry in a lot of provinces, it is like the UK was up north all those years ago with smog. They even have to have days where factories have to close down it's that bad and everyone walks round wearing masks when they are outside. This is true from experience.

Thailand is the same. We have a 3.0 diesel Toyota Fortuner and a 2.2 diesel Ford Ranger on the drive but there isn't much choice otherwise for a greener car like the UK.

Everyone has a heavy diesel car not only for work but the petrol is still peanuts here.

Thailand usese a lot of plastic and one exaple when I went into 7-11 was I could buy a single banana that was wrapped in plastic with a barcode on. Was that necessary? No! They could have stuck the barcode on the baanana as we don't eat the skin.

We use plastic straws etc. Nobody gives a shit here.

So as Hipster says that with our little Island, it doesn't mate a jot of difference if we did make a considerable improvement to the climate.

@okocha wrote:Karly, so what do you recommend as a solution to global governments' inactivity with regard to ensuring the continued survival of all life on the planet?

Serious answers only please, Karly. I'm genuinely interested in how you see the future for your children and your children's children.....presuming that you do indeed have offspring that you love.

Do yourself a favour and grow up.

Guest
Why? You don’t normally answer questions on serious topics and you haven’t really here. The question was what would you do in government?

Oh and Extinction rebellion backing is 90% made up of crowd funding and grants. So you’re incorrect on that part of your post.

T.R.O.Y wrote:Why? You don’t normally answer questions on serious topics and you haven’t really here. The question was what would you do in government?

Oh and Extinction rebellion backing is 90% made up of crowd funding and grants. So you’re incorrect on that part of your post.

If you read my comment on this topic then you would see it wouldnt have anything to do with with what the government could do and why they were ignoring this issue.

I couldn't give a shit where the bums got the funding from TBH but I very much doubt they are paid a wage for this.

Guest
Are they middle class or bums? Maybe it’s just a mix of ordinary people.

What you haven’t answered though is what people should be doing to affect change on the issue? Or do you not see it as enough of an issue?

T.R.O.Y wrote:Pushing the responsibility onto others doesn’t work, it needs a universal effort including us. An EU aside effort would have a significant impact. That should have been the focus of the last few years, not failing to resolve a Tory argument.

Which he then corrected with the article I posted above.

Still distracts from the point that we’d stand a better chance on a massive issue like this if we acted as part of an aligned EU.

I'm sure he'll explain to them this year.

Guest
Your standard response seems to be to deflect onto a half truth about Labour. Are you not arsed about the policies of the party you vote for?

Guest
Deserves to be yes, does far more than your rabble for ordinary people.

Posts : 13915
Join date : 2012-01-23
They were being asked about it this morning and apparently yes it is possible to reopen mines because there is technology to capture all the bad stuff. Doesn't appear to be a current policy position.

But they appear to be doing the old brexit ploy with this issue as they know part of their core vote populate the old mining towns and they expect their pits to be reopened. 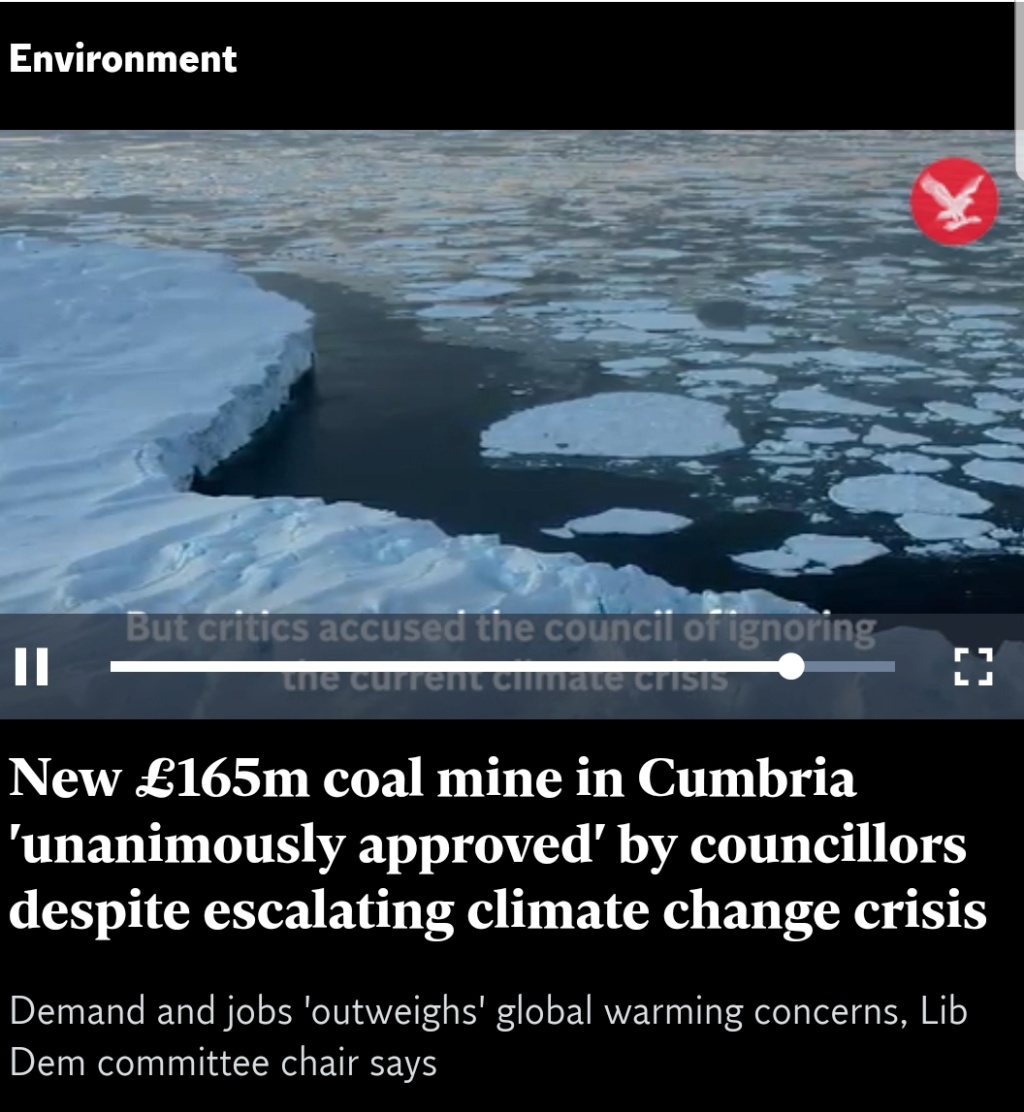 @Hipster_Nebula wrote:
As I said before they have latched on this "climate emergency" Milne will see this as an opportunity to tax the shit out of business and the middle classes to pay for their little red book of "radical ideas"

Think “climate emergency” is a PR piece as much as anything else, glad to see Labour putting this at the front of politics though.

Does anyone actually think they give a crap?

Guest
More likely to do anything about it than the Tories. The only issue you seem bothered about is how much tax you pay, so vote UKIP.

Anyway I'll move on from this thread now they all seem to go the same way.

Guest
No need to be soft about it. The only concern you voice is about the amount of tax you pay, so that’s what I’m going to assume you care about. You certainly don’t seem to support action on climate change for that reason.

Posts : 1195
Join date : 2016-09-27
Location : Dans ma tour à Shalott
She wouldnt attend the Climate meeting, but she did arrange and meet the Prince of Saudi, or King or whatever the title is, who has just had 37 people executed. I believe he went into 10 Downing street.

@Angry Dad wrote:In Coniston for the week thought it would be cooler but fack me it's been hot today, picked the wrong day to climb the old man.

Any day's a wrong day to climb an old man. Although you might get away with it on pension day.