Boris Johnson to be our next Prime Minister?

@xmiles wrote:As an example of unrealistic optimism (or just plain lying) the headline in today's Sunday Express takes some beating:

Your correct- it isn't done Negotiations have barely started.

Posts : 3701
Join date : 2012-05-18
Age : 71
Location : Ramsbottom
Hello Glos,
Apologies for the emotional phraseology-  it isn't meant personally but I feel very passionate about this issue and just feel that we have made a horrendous mistake which will haunt us for a long time.  I'll keep on being passionate about it  as well. The German -Franco bloc in the EU is getting weaker. Merkel is finished, Macron is unpopular and so we are seeing changes at the top of the EU. Salvini in Italy is finished as well-  so the whole EU political imperative is in a state of flux and we would have had a more powerful voice and could have been a catalyst for change within the organisation. And now we'll be an outsider looking in and being dictated to on trade by Ireland and Lithuania and others like them trying to get their share of UK wealth through tariffs.. We have the additional problem of Trump with his phoney trade war with China which is destroying wealth all over the world- the stock markets are very volatile every time he ratchets up the tweets. That's not a rampant capitalist view- it affects the pensions of millions here in the UK who are almost all on defined contribution schemes- we carry the risk of stock market falls. It also affects the values of many of our insurance policies as well.That again is something inevitable after Brexit. Its a serious issue for those approaching retirement. It also affects the tax take for governments so expect tax rises.
And now we have him calling Denmark's PM 'nasty' because she says that selling Greenland to him ( which can't be 'sold') is absurd. We can't seriously rely on America bailing us out when there's such a petulant  irresponsible and unpredictable clown in the White House.
I have had to check that my cancer drugs will still be available in November and onwards and luckily mine are sourced through Switzerland- a non EU country so they should be safe. But others might not be so lucky. You see- it affects people personally. its not just a macro economic event, it will affect real people in their real lives. That's why I'm passionate about it and will militate for it not to happen.
Enjoy Tenerife- I really hope that you do. I'm also going to Italy for a week between chemo sessions to get plenty of sun, good red wine and plenty of pasta. But if I get to go again after Brexit I know it will cost me substantially more next time. Lets not fall out about this-  I respect your views and opinions but I just feel that we've got this all badly wrong.
Enjoy your holidays!!

We are all suffering enough supporting Bolton without leaving the EU as well.

Well that all changed quickly. Almost like Boris was just making it up. 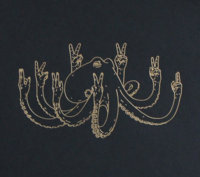 Well that all changed quickly. Almost like Boris was just making it up.

No! Surely a pathological liar wouldn't do such a thing

But if Boris says we're leaving, and we leave, he'll have done his job. No more pissing about.

@Natasha Whittam wrote:Boring. Whoever is PM takes stick from all sides. Doesn't matter if he/she is Tory, Labour or any other party.

But if Boris says we're leaving, and we leave, he'll have done his job. No more pissing about.

Who cares what he says, you can’t believe a word of it. No point in listening really.

Posts : 1285
Join date : 2016-09-27
Location : Dans ma tour à Shalott
Johnson is a walking disaster and he has a long established record of it throughout his career, including Mayor of London. He has spent millions of pounds down the drain with his idiot schemes. To have him at the helm at such a historical time in Britains history is another example of stupidity.
He will return to his usual comic page in the Beano where every week he comes up with ideas where nothing could possibly go wrong.

He knows his brother is a lying egomaniac who is putting his own vanity before the national interest.

Re: Boris Johnson to be our next Prime Minister?

Bolton Nuts » BWFC » Wandering Minds » Boris Johnson to be our next Prime Minister?