Donald Trump for President of the USA

This is so good! You need to have seen Le Mis for best effect.....

Joe managed to make it through the inauguration so I guess Trump is gone at last. Great speech by the way.

wanderlust wrote:Joe managed to make it through the inauguration so I guess Trump is gone at last. Great speech by the way.

Watched a bit of this early doors but wasn't it a bit boring without you know skulking around? A bit like watching Scum v Scouse to'other day. Ten minutes was more than enough.

Poor old Fox News. They're like a hermit crab that's lost its shell. They're on the lookout for another arse to climb into.

The Patriot Party is going to be interesting if it takes off. 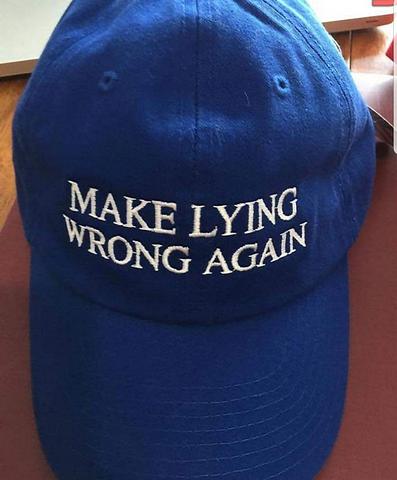 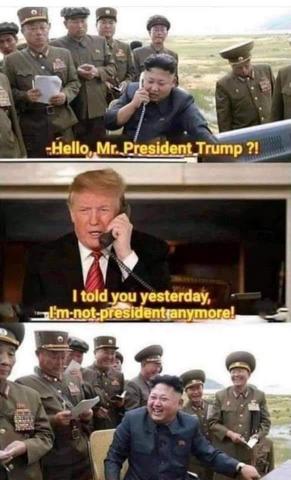 Probably should start a new thread but this woman is a typical Trump supporter and completely vile.

Yes, I've been reading about this woman and the suggestion is that she is deranged, (but backed by the republican Party, though not unanimously.)

okocha wrote:Yes, I've been reading about this woman and the suggestion is that she is deranged, (but backed by the republican Party, though not unanimously.)

[size=44]Marjorie Taylor Greene Is a One-Stop Shop For All Things Insane
The rot in the Republican Party is modern conservatism itself. Donald Trump is simply a parasite who feeds on the decay.


ANDREW CABALLERO-REYNOLDSGETTY IMAGES
Wednesday's installment of our exciting new action series, The Insane Clown Party, begins with rookie Congresswoman Marjorie Taylor Greene, who represents the 14th Congressional District of Georgia in both the House of Representatives and in the Council of Elders on the Planet Zontar. Put plainly, the House hasn't seen a crackpot like her since John Randolph, and Randolph a) may never have achieved puberty; b) drank heavily and indulged in opium; c) had a feud with a House colleague that ended up with them throwing crockery at each other and, later, had Randolph beating his fellow congressman over the head with a cane; d) fought a duel with Henry Clay, and e) accused practically everyone he ever met of stealing his money. To me, he's still the leader in the clubhouse for nuttiest congresscritter, but I have faith in MTG, as she is now called by her many admirers. She's off to a whopping good start.
Just today, video emerged of Greene in her civilian days haranguing Parkland school shooting survivor David Hogg on the street outside the Senate office buildings on Capitol Hill, and CNN dug up some old social-media postings in which MTG seemed to show enthusiasm for violence against Democratic leaders. Elsewhere on the 'Toobz, MTG is revealed to have attached herself to the theory that the Parkland shooting itself was a hoax. And you thought she was just a QAnon believer. Hah. Not MTG. She's a one-stop shop for all things loony. She's a utility wingnut.
The response from the Republican leadership in the House has been pretty much what you'd expect. Minority Leader Kevin McCarthy again doesn't seem to know whether to shit or go blind, although he did admit that MTG's Facebook activity was "deeply disturbing." At the same time, McCarthy and his team placed her on...wait for it...the House Education and Labor Committee, which is just the place that you want someone who believes that the Parkland massacre never really happened. Judging from what her spokesman said upon her being named to that committee, MTG seems to consider her primary goal there as being stupid and hateful toward trans children. Oh, and to push a little white-supremacist Jesus while she's at it. From Education Week:


Congresswoman Greene is excited to join the House Education and Labor Committee. Rep. Greene is ready to get to work to reopen every school in America, expand school choice, protect homeschooling, champion religious freedom for student and teachers, and prevent men and boys from unfairly competing with women and girls in sports,” Dyer said in an email.

MTG will be joined on the committee by Madison Cawthorn, the Hitler-curious tourist from North Carolina last seen speaking at the rally that touched off the assault on the Capitol. In fact, 11 of the 24 Republican members on that committee are rookies. The committee is chaired by Bobby Scott, Democrat of North Carolina, and may god have mercy on his soul.

Kevin McCarthy responded to all this with characteristic cowardice.
JUSTIN SULLIVANGETTY IMAGES

The Republican Party is awash in a sea of madness, both nationally and at the local level. The Republican minority in the Senate can't say publicly that armed sedition is bad. Meanwhile, in Oregon, the state GOP officially declared that it is the position of the party that the insurrection was a false-flag operation. From The Oregonian:


The news release described the Republican votes in favor of impeachment as a “profound betrayal,” and the impeachment vote itself as a “sham process” without an investigation and “in contradiction to the known and emerging facts.”

“This type of sham process has become the norm for Democrats, but no Republican should support or give in to such an abuse of our Constitutional system,” Oregon Republican Party Chairman Bill Currier was quoted in the news release. Members of the party’s leadership team did not return calls for comment.

The set of resolutions passed by the executive committee also said the transcript of Trump’s speech contradicted Democrats’ claims that he incited the insurrection. It called the insurrection a “false flag operation” designed to discredit Trump and support Biden’s introduction of new domestic terrorism legislation, and cited a variety of right-wing pundits and publications that have advanced the same theories.

“This provided the sham motivation to impeach President Trump in order to advance the Democrat goal of seizing total power, in a frightening parallel to the February 1933 burning of the German Reichstag,’ the resolutions said.

In Arizona last weekend, the state party officially reprimanded Republican Governor Doug Ducey, former senator Jeff Flake, and Cindy McCain for not attaching themselves to the fantastical rigged-election schizophrenic episode that overcame the rest of Arizona's Republicans. As Arizona Republic columnist Robert Robb, writing in the Washington Post, pointed out:


…this time feels different is the extent to which the rot of Trumpism has infected not just the party apparatus but also GOP officeholders generally.

Donald Trump lost the presidential election to Joe Biden according to the rules in place at the time for conducting the election. And he lost Arizona.

Trump then launched a plot to overcome this democratic outcome by persuading state legislatures controlled by Republicans, such as Arizona’s, to choose Trump electors rather than the Biden ones that voters had chosen. This plot obtained a disturbingly large number of co-conspirators among Arizona GOP officials. Ward was a tireless promoter. Two of Arizona’s GOP congressional representatives — Paul A. Gosar and Andy Biggs — led the effort to reject Arizona’s democratically chosen electors. A large number of GOP state legislators were willing to do the deed.

Robb is incorrect in one important area, and it's one we intend to beat like a tin drum until that blessed day, if ever, that sanity once again prevails among those afflicted with the prion disease: the rot is modern conservatism as expressed in its primary vehicle, the Republican Party. Donald Trump is simply a parasite who feeds on the decay. And not even now, with the Department of Justice sounding a nationwide alert due to the threat of domestic terrorism, can they gather the cojones to distance themselves from a crook and an incompetent on whose watch 400,000 Americans died, and who ended his time in office by inciting the first armed civil insurrection in or near the nation's capital since Bull Run. From the AP:


“The party has to stay neutral. I’m not telling anybody to run or not to run in 2024,” [Ronna] McDaniel told The Associated Press when asked whether she wanted to see Trump run again in the next presidential election. “That’s going to be up to those candidates going forward. What I really do want to see him do, though, is help us win back majorities in 2022.”

Make Them Vote Against the $2,000 Checks

Charles P. PierceCharles P Pierce is the author of four books, most recently Idiot America, and has been a working journalist since 1976.
This content is created and maintained by a third party, and imported onto this page to help users provide their email addresses. You may be able to find more information about this and similar content at piano.io

I was thinking earlier that i'd not seen Biden on TV or in the news much since he took office but then it dawned on me that its because he's actually getting on the with the job of President and is not the megalomaniac and narcissist that Trump is.

Congratulations Obs!
Probably the longest post ever on Nuts.

wanderlust wrote:Congratulations Obs!
Probably the longest post ever on Nuts.

About the longest nutjob party in the world!

observer wrote:
About the longest nutjob party in the world!

There are other contenders for that title TBH

I think he was meaning more closer to home Glos.

karlypants wrote:
I think he was meaning more closer to home Glos.

I think he was meaning more closer to home Glos.

Yes, I thought he was talking about himself too.

Re: Donald Trump for President of the USA