Posts : 18933
Join date : 2012-01-12
Watching Mnuchin telling Greta Thunberg to study economics before suggesting radical change to energy generation I was hoping she'd respond by asking him to explain the economics of a world without breathable air, unbearable temperatures, high UV radiation, extreme weather conditions and a shortage of food.

Climate change is a key impending issue alongside overpopulation - and the two are inextricably linked since people view breeding as a "right" and some cultures actually encourage it despite every baby born being a further drain on declining resources and a net carbon producer.

So I got to thinking about what actually are the economics of a world post climate shift?

We'd need solar and extreme weather resistant housing or underground bunkers. We'd need machines make breathable air and drinkable water. We'd need to grow our own insects and other food.
Any chance of Governments providing these? I don't think it's in the long term economic strategy somehow.

Then it struck me that the only people that could afford this stuff are the billionaires who fund and resource the political parties and media that keep them at the top of the food chain - and they are likely to be the only survivors.
Which led me to thinking, is their strategy to view climate change as a solution to over-population as the great plagues of the dark and middle ages were?

Could climate change denial be a plan to decimate the human population in order to reset life on earth with the super rich taking human life forward?

Disclaimer: Half a bottle of Smirnoff contributed to this article.

@Cajunboy wrote:I think it's probably true what they say about people in Norfolk.

@gloswhite wrote:How long would they be billionaires if there was no workforce to provide the food, power, and profits ?

The point was that folk would have to generate their own food and power and only billionaires would have the resources to buy the technology required. Profits would be irrelevant as trade would be minimal in a survival scenario.
They might need a few servants and breeding stock to retain the DNA pool - who would work for food and air.

I've read a few post-holocaust science fiction books that have this theme, and not one of them, I'm pleased to say, ends up with the disappearance of the human race. So start building your savings up if you want to confirm your families future

@gloswhite wrote:Bloody hell Wander, were you having a bad day when you pondered this ?

I've read a few post-holocaust science fiction books that have this theme, and not one of them, I'm pleased to say, ends up with the disappearance of the human race. So start building your savings up if you want to confirm your families future

That's why they're called fiction books Glos - most of them end up with the hero riding off into the galaxy having regained the love of his life. They tend not to address the elephant in the room.... 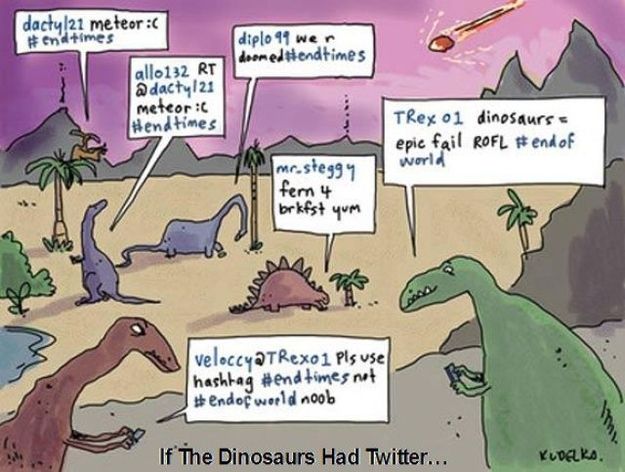 @gloswhite wrote:Just a warning though. if you continue to be an argumentative sod, your future is very limited.

You and whose army?