Update from the BWFCST Board

As BWFCST members may well be aware, the Trust have been liaising with the Football Supporters Association (FSA), local MPs and the Digital, Culture, Media and Sport Committee (DCMS) over recent times.

After being approached by talkSPORT, several members of the Trust board have been working this week with the producer on the show tonight, details as below. Please have a listen if you can. Tune in folks!

"This Wednesday evening as part of Kick Off, talkSPORT will be looking at the financial disparity between the Premier League and the EFL.

Why in the shadow of two of the richest clubs in football, where Manchester United and Manchester City can spend tens of millions of pounds on a single player, just a few miles away, clubs are relying on supporters to raise money for travel and accommodation.

Bury, Wigan Athletic and Bolton Wanderers have all entered administration, have had changes of ownership and have been forced to accept measures that have resulted in points deductions and in the case of Bury, expulsion. Many clubs in the EFL rely on crowds who will spend money on food, drink and merchandise. With Covid-19 bringing a premature end to Leagues One and Two, a light has been shone on the precarious finances within football

Hosted by Danny Kelly, the programme will hear from those who run clubs, those who cover football finance, those who have covered the ups and downs and most importantly, the fans themselves - those who invest their heart and souls into their clubs and communities who have been let down by matters off the pitch. Could what has happened to the three clubs mentioned happen to your club?"

Clubs in Crisis - A Kick Off special from 7.00pm on Wednesday August 12th on talkSPORT.”

As football looks to come to terms with the “new normal”, there are massive challenges facing all clubs. Please have a listen tonight to what is on the agenda and to see how we can all help our clubs by pulling together. 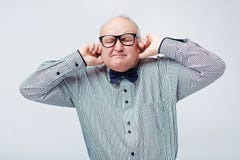 Programme starts at 7.00pm tonight, but the relevant section featuring contributions from, amongst others, BWFCST will commence at 8.00pm.

Were they any good?

wanderlust wrote:Were they any good?

What do you think?

At least they were two different ST members for a change.

Bit of a damp squib in the end. Didn't really live up to the fanfare.

boltonbonce wrote:Bit of a damp squib in the end. Didn't really live up to the fanfare.

I'm not being funny or rubbing it in or anything but did you honestly expect anything better from them?

Fair play to them putting themselves forward but they know next to nothing about the business models behind football clubs and no matter how heartfelt they feel about their local club it simply cuts no ice in the business world.

The poor bloke was even rabbiting on about the FSA (Football Supporters Association) as if they had any power or influence over anything?

The ST, even a genuine one, is utterly toothless when it comes to saving a club - they were nowhere to be seen when it looks we might be liquidated and couldn't even raise the £25k fighting fund they set themselves to crowd fund (despite their numerous high net worth individuals and companies they tell us they are linked to - yeah right).

Fwiw I think they were morally wrong (they weren't legally wrong though) in pocketing the best part of £15k into the ST's trading account after the fighting fund was no longer needed - and in doing so changed their accounts that year from a trading loss into a trading profit.

That money should have been returned pro-rata to the individual donations received or more practical a donation to the Bolton Wanderers Community Trust which is a charity organisation, or something equally worthy imo.

Could you honestly put your trust in these lot if we really had to start from scratch as a phoenix club?

There's a place for the ST. Maybe, between the club and themselves, they can sort out what that entails.
A partnership with the Community Trust is an excellent way forward. They've got to sort out some kind of position that isn't simply shouting from the sidelines.

boltonbonce wrote:There's a place for the ST. Maybe, between the club and themselves, they can sort out what that entails.
A partnership with the Community Trust is an excellent way forward. They've got to sort out some kind of position that isn't simply shouting from the sidelines.

The ST simply isn't deemed trust worthy by the majority of the fans and not representative of them, certainly under the current leadership which is the same one from inception to current date.

I'm sure the club is fully aware of that.

I doubt they will give them much credibility if they think it will alienate too many others but we are in strange times and the club needs income to survive, so needs must I guess, possibly?

Re: ST on talkSPORT tonight.