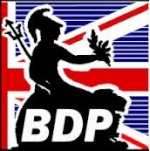 @Reebok Trotter wrote:I am not bad with a Jews Harp.

Give it back to him you thieving bugger.

Posts : 14183
Join date : 2012-11-30
Age : 49
Location : Burnage, Manchester
i play the bass as well, have done for years but have never had lessons. Just picked up bits and pieces from teaching books and just playing by ear.

I keep meaning to properly learn one day but think my days as a rock star have gone forever!

I just Kinda taught myself over the years, I can play at a half decent level now but have not got a clue how to read music, I use the chord sheets

I don't actually enjoy playing it and it really is one of the most boring instruments to play.

I've tried learning Piano 3 times in my life and every time I've given up sadly. I will learn one day though.

Hipster, I was informed many years ago that to play the piano can generally lead to you being able to play almost any other instrument. The person that told me was my Grandad, needles to say he was a multi instrumentalist! They did have time on their hands in those days and he could read music like a book!!

It's a great instrument though, maybe the best, i'd love to play.

I don't actually enjoy playing it and it really is one of the most boring instruments to play.

I've tried learning Piano 3 times in my life and every time I've given up sadly. I will learn one day though.

Haha why do you still play then??

Posts : 18965
Join date : 2012-01-12
I'm a guitarist and used to think I was passable until my second son came along and showed me what I could have done if I'd stuck at it instead of parking it in the corner of the room for years on end. By 13 he could play Joe Satriani's entire set, and could rock it with the best of them but he went to Uni to study music and production, became a total "muso" and got into modern prog rock e.g. Dream Theatre. Now in his late 20s he's still a great guitarist who can play anything, but his preference is for twiddly tunes that are technically brilliant but boring as f***. Slightly disappointed he hasn't used his talent more commercially.

Posts : 25774
Join date : 2013-10-05
Age : 67
Location : The garden shed
I own a harmonica, but I'm waiting for the cops to catch up with me and put me inside. Then I'll learn to play it. Dad bought me a violin, but the strings disappeared overnight.
I'm more a listener than a player. I believe Breadman has a rather fine guitar.

Thought I'd seen you before.