Bolton Nuts » BWFC » Bolton Wanderers Banter » Is this the beginning of the end?
Tweet

Is this the beginning of the end? 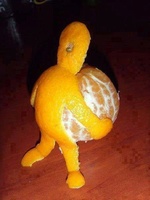 I listened to that live this morning, along with the Andrew Taylor interview, and it made for

dropping through the letter box.

I heard the interviews this morning with the two Taylors too.

We didn't learn anything new really, just confirmation of our dire situation.

I think it's even worse than even I imagined.  I don't see how we will be ready to compete on the first day of the season.

Welcome back and your scenario is very plausible.  Of course, it wouldn't shock me if Kenocchio is the high bidder for the hotel... just to squeeze us a little more (pure speculation I may add).

I can't blame you not posting in a log while, it's hardly been pleasant on here for sometime but I believe we've finally put the silliness behind us now and made the site a friendly place once again.

I hope you decide to help the few of us that still remain help Nuts to be fun and enjoyable once again.

Fwiw I believe we will survive as FV would have walked before now if they didn't think they had no chance of doing a deal - probably by doing some sort of bridging loan whilst they wait to own the hotel - they most be very confident that they will get it, otherwise why still be around?

I think the plan is to sell and leaseback the stadium and hotel from a reputable company - and they can't do the deal without owning the hotel - and as far as we know Michael Jones/Prescot Business Park holds the head claim on it - and the hotel seems to have been given a market price of less than James charge of £5.5m

I guess no one other than those involved know for certain but the narrative does make sense to me.

The administrators choosing a "team" who quite clearly cannot afford to buy the club needs investigation for sure.

[You must be registered and logged in to see this link.] wrote:The begining of the end was when we appointed Sammy Lee.

[You must be registered and logged in to see this link.] wrote:

[You must be registered and logged in to see this link.] wrote:The begining of the end was when we appointed Sammy Lee.

Posts : 43
Join date : 2016-08-13
Age : 53
Location : Bacup, Lancashire
Surely this falls into the lap of Bassini (even if he's borrowing some money from his mates to buy the club) - Despise the guy but better than popping out of existence altogether. Bassini is at least enthusiastic/passionate about buying us BUT does he have access to funds? (probably not)


I do feel that things will be finalised before the opening game and that a lot of players will be announced in one go, but with no preparation together we are certain to drop again

Posts : 2447
Join date : 2013-06-17
Age : 67
Location : Bolton Formerly Chew Moor
I don't give a shit about season tickets, standard of squad, manager, kit, relegation to division two,or how many points we start on, or even if the new owners are loaded.

All that matters is that Bolton Wanderers (not BWFC 2019 or any other new club) survive this absolute mess.

That the EFL do not bail on us and that at the eleventh hour we are saved.

It would appear that our very future is now in the hands of Michael James to pull this off, the one thing in our favour is that he actually is a Wanderers fan. prey to god  he can do this. My head hurts and after 50 + years as a fan my heart will be broken if he doesn't.

Posts : 4057
Join date : 2013-10-07
Age : 51
Location : Chorley Lancs
I wish I could see a light at the end of the tunnel but I've reached the point where hope has been crushed too many times in the last three years especially. Why were FV named preferred bidders if they HAD to have the hotel to survive? Given that it's in a different administrator's hands surely it would have been necessary for the two admins to speak about such an offer?

[You must be registered and logged in to see this link.] wrote:I think it's all going to be ok, Nixon saying should FV deal go bad, Fawaz is standing by with a deal for both club and hotel.

I don't think that is possible.

As we know there are two Administrators for two companies but the technicalities of what you can and can not do are completely different between the two.

The company that owns the club Bolton Wanders Football and Athletic Club (BWFAC) is seen as insolvent by the Administrator and needs to be closed down.

He has though kept it alive long enough to market its assets (the football club, stadium, car park, etc.) and evaluate bids for it.  He deemed only one was plausible - FV.

Once FV complete the purchase and the club moves to a new company (newco) with the catch name of FVWL Football Ltd, the Administrator will liquidate/dissolve whatever is left of BWFAC.

Now the key thing here to bear in mind is that the Administrator has little to no money left in BWFAC and FV have already put in £1m to keep in going until now.  If FV walked away, the financial lifeline is immediately cut and BWFAC immediately dies - it is liquidated.  It has no money to keep it alive do undertake another marketing and sale exercise, evaluation of the bids, proof the money exists, time to do EFL Fit and Proper Person Tests, etc.


Now the hotel is different, it is considered a going concern, the Administrator is selling the Company that owns it Bolton Whites Hotel Limited, it doesn't even necessarily needs to market and seek bids for the company it can obtain an agreement with the creditors, a Company Voluntary Agreement (CVA) and simply exit Administration, still trading but with its creditors accepting that their debts have been written down to allow it to trade solvent again.

The idea as far as I can understand is that Bassini/Sullivan and the Forest bloke Al-Hasawi wanted to do a combined CVA to include the hotel AND the club and gain ownership via the back door so to speak.

The thing is they are taking on he company BWFAC (which the Administrator states needs to be liquidated) they just want the ASSETS of that company (by means of doing a deal with it's creditors).

I don't believe that to be legal.

The only legal thing anyone can do in those circumstances I believe is to work with FV and help them complete the purchase of the club with their newco.

Now this could mean purchasing FV, or going into some sort of partnership with them but they simply can't allow FV ventures to walk away from the club Administrator because in my understanding that would trigger liquidation.

Put simply if any of the names mentioned, including FV become owners we will be back in the courts within 2 years.

No money to spend on players. No revenue streams and any money these people do have will be servicing loans.

We will certainly be relegated this year too.

Re: Is this the beginning of the end?

Bolton Nuts » BWFC » Bolton Wanderers Banter » Is this the beginning of the end?