Far-right activist Tommy Robinson has been bailed after winning an appeal against a contempt of court finding.
Robinson, 35, admitted the charge and received a 13-month jail term in May over footage he filmed outside Leeds Crown Court during a trial.
At the Court of Appeal, Lord Chief Justice Lord Burnett ruled there had been technical flaws by the judge who jailed him and quashed the finding.
Robinson's solicitors said everyone has the "right to a fair hearing".
Robinson, from Luton, whose real name is Stephen Yaxley Lennon, was not present for the ruling in London and is expected to be released from prison later.
In his written judgement, Lord Burnett said: "We are satisfied that the finding of contempt made in Leeds following a fundamentally flawed process, in what we recognise were difficult and unusual circumstances, cannot stand.
"We will direct that the matter be reheard before a different judge."

Read the headline and thought yeah - it's always the most overtly homophobic ones that have something to hide.

Thank fuck for that, no more free Tommy posts on facebook.

I hope he gets some compensation

I hope he gets sent down again at the retrial.

He's a rather sad little man.

Trouble is Boncey he's been built up as some kind of modern day martyr, which is very dangerous.

Considering he had been warned previously about his conduct I would think there is a strong likelihood he will still get found guilty in the retrial. whatever opinion he holds it isn't appropriate to voice it outside a law court where a trial is ongoing and no defendant has yet to be found guilty. He'd have been better off waiting until the jury came to a decision instead.

This was from the Court today.
The original judge seems to have had disregard for the law!,, 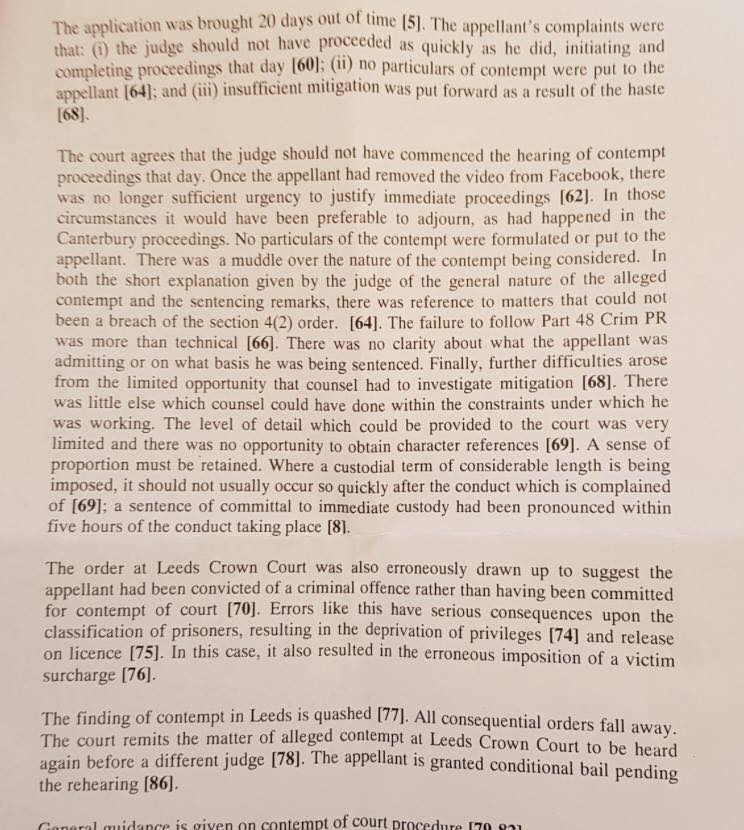 He was on the radio yet again today. Getting pretty sick of the little prick.
There he is, standing proudly with our troops.
He's a convicted mortgage fraudster for God's sake.

Wish I'd been in town today.

The thing is though, in that milk shake cup could have been anything.

We have had a fair amount of acid attacks here and thankfully this wasn’t another by a reckless individual.

I’m no supporter of him by the way!

I think we may have a struggle to monitor people carrying milk shakes KP. I'm pretty sure our fat friend in Norwich will have something to say about it. If his mother lets him.
He's actually got a job.

Christ! Not another video!

He's prolific. He looks like a cabbage patch doll in a suit.

He's prolific. He looks like a cabbage patch doll in a suit.

KP, he looks even more cabbage patch here. He couldn't even be bothered to get dressed.

Tommy is such a tosser.

boltonbonce wrote:KP, he looks even more cabbage patch here. He couldn't even be bothered to get dressed.

Christ! It’s like planet of the apes with him!

Re: Tommy Robinson's out