Nuts readers might be aware that two of my favourite people are Dale Vince and Gary Neville.

So imagine how thrilled I was to discover that the two of them had joined together to form the Sustainability in Sport Foundation in 2012.

It hasn't managed to do very much yet but at least, in their own separate ways, they have both been trying. Forest Green Rovers has only lost £13.5m so far and Salford City £5.6m.

In fairness, Salford hasn't been going as long and FGR wouldn't have lost quite so much if Ken Anderson had come up with that million quid when he said he would. 'You just can't trust some people', said Dale.

Just having a bit of a browse this afty and came across this:

Top and bottom of the ratings

Citizens Advice's energy star ratings test firms on a range of customer service factors, rather than price. The idea is to test whether customers get accurate bills, and swift resolution if something goes wrong.
The charity argues that the results should be considered alongside any deals being offered when customers search for a supplier via a price comparison website.
The top five in the ratings for June to September were:

The bottom five (listed below from the worst upwards) were:

Mrs Dale's beloved was on't Beeb the other day. Anyone see it?

Was he asked about Ecotricity's losses, lousy ratings or whose money was actually funding his 'vanity projects', like Forest Green Rovers?

We're with Octopus. How they get British Gas on the same rating is beyond me. We used to be with BG, and they're diabolical.

boltonbonce wrote:We're with Octopus. How they get British Gas on the same rating is beyond me. We used to be with BG, and they're diabolical.

They give equal weight to each of their five criteria but ease or difficulty of contact will, I suspect, be the most frustrating factor for the largest number of people.

Big players, British Gas and SSE score poorly on that whilst Octopus scores quite well.

Anyone recognise where this place is and why it was necessary for these people to travel to it and meet up on Wednesday?

trump every other consideration during the COVID -19 crisis? 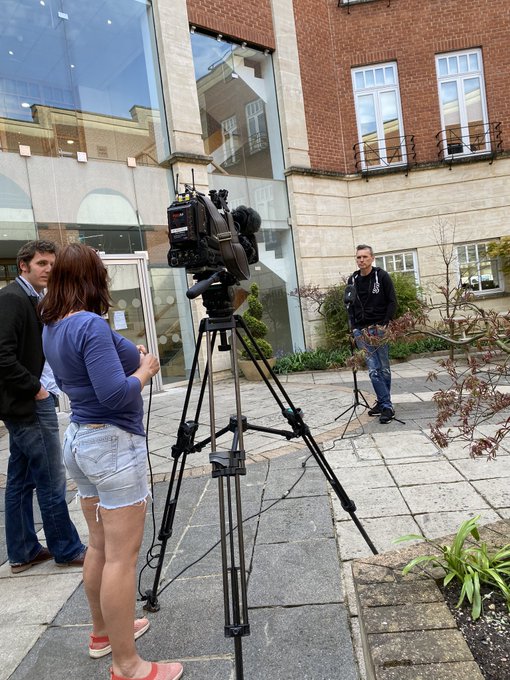 It's about time he bought himself a decent pair of pants.

We were with BG and I am sure they actually owe me money due to a descrepency between 2 bills.

We have been with Bulb for about 12 months now who have been fantastic so far.

boltonbonce wrote:It's about time he bought himself a decent pair of pants.

Be fair, Boncey. When did you get by on a measly million quid a year?

see if they can't club together and buy Dale a nice suit like this young man in Tiggis?

I'm getting rather worried about Mrs Dale. She seems to have become almost as invisible as Mrs Mainwaring.

Re: Sustainability in Sport