Cameron's lobbying - a step too far?

The government is expected to announce an investigation into David Cameron's efforts to lobby ministers on behalf of finance firm Greensill Capital.

The former prime minister has been criticised for contacting ministers via text on behalf of the company, which collapsed in March.

The probe is likely to be independent, carried out on behalf of the Cabinet Office, the BBC understands.

Mr Cameron has said he has not broken any codes of conduct or lobbying rules.

The article I link to below tells you simply what as happened but the para I post below from it basically tells you the point of all this.

Why does any of this matter?
The relationship between those at the top of government and big business has never been under more scrutiny, following questions over the way Covid contracts were awarded.

Critics argue that it is too easy for ministers and top civil servants to use their insider knowledge of Westminster to enrich themselves when they leave government. The danger is that decision-makers could have one eye on their next pay day, rather than the best interests of the country.

In 2010, Mr Cameron warned that the "the far-too-cosy relationship between politics and money" was "the next big scandal waiting to happen".

There is also a question of access. Who gets time with ministers to push their cause?

There are thousands of lobbyists - from trade unions to environmental groups to multinational companies - why do some people appear to get favoured treatment?

I've always been one for openess and honesty and whilst I expect Cameron, the award of Covid contracts, and other implied nefarious political actions suggested by others of the government will in large be found to be within the current rules, they have been clearly pushed to their limits and have now brought about a widespread feeling from the public that the government is corrupt.

It's a very dangerous path we tread if we continue down this road and clearly trust needs to be quickly restored in those that we elect to govern us.

As I say I doubt many if any 'core' rules have been broken - things like not reporting contract awards within set deadlines during a worldwide pandemic is understandable to me even if they have led to a failure in 'law' - but tighter rules need to come out of the inquiry in order that such 'pushing the envelope' activities that seem to have been happening with the likes of Cameron are in future prevented.

I look forward to see what will eventually result from the inquiry.

Anybody have any thoughts on this?

I'm surprised no one has made any comments yet?

...and a quite fascinating article by Kuenssberg giving somewhat of an alternative spin on the inquiry itself!

Greensill: Cameron lobbying review may not change much

It seems to me that Cameron has abused his position as en ex PM to contact senior ministers and didn't follow the usual lobbying route. Nothing surprising there but does anyone really care to be honest?

There has always been an issue of relationships between politicians and the private sector. Some politicians go on to do speaking tours, write books or do charitable or UN work but many look for seats on boards and unashamedly use their contacts to further private interest - although that’s not illegal.
The bigger issue is if they do that whilst still in public service.

wanderlust wrote:There has always been an issue of relationships between politicians and the private sector. Some politicians go on to do speaking tours, write books or do charitable or UN work but many look for seats on boards and unashamedly use their contacts to further private interest - although that’s not illegal.
The bigger issue is if they do that whilst still in public service.

Not doing so can lead to any actions they take being overturned by Judicial Reviews.

A recent case being Jenrick and the Westferry planning development...

The government has accepted it acted unlawfully in a legal battle with Tower Hamlets Council over plans for the former Westferry Printworks on the Isle of Dogs.

In January, plans to build 1,524 homes on the site were approved by Secretary of State Robert Jenrick despite a planning inspector recommending against granting permission. In March, the council initiated legal action against the secretary of state, alleging that the timing of the decision appeared to show bias in deciding to allow the appeal.

The council asked the court to order the government to disclose documents that it argued would show the secretary of state was influenced by a desire to help the developer save money by avoiding the council’s revised Community Infrastructure Levy (CIL) charges.

Developers are obliged to pay CIL to help fund the delivery of local infrastructure projects that are needed to absorb the impact of growth. The Westferry Printworks decision was made just one day before the council adopted changes to its CIL levels, which would mean the developer had to pay between £30 million and £50m more to the council.

Faced with the prospect of having to release documentation relating to the decision, the secretary of state chose to allow the planning permission to be quashed.

No such powers exist once they leave public service and act as say Cameron has.

You again misunderstand me. There is a difference between there being a duty of disclosure in place and politicians making that disclosure.

We have lots of laws but it doesn't follow that everyone abides by them.

You again misunderstand me. There is a difference between there being a duty of disclosure in place and politicians making that disclosure.

We have lots of laws but it doesn't follow that everyone abides by them.

No, I don't think you understand the public sector at all, it is a completely different mindset to the private sector.

Yes of course people can and are dishonest in the public sector but the big difference is that it is all about being seen to be accountable - if you have any skeletons in your closet, someone, somewhere will find them and use them against you.

You have 'enemies' within your own party who want to step on you to get ahead, the opposition scrutinise what you do as they want to find any dirt done by you for their political gain, the public wants to know of any wrong doing and if that isn't enough you have public servants like I was who see and hear a lot - and who generally play with a stright bat like I did.

You can't keep big secrets for long and you'd be suprised how generally honest the public sector is compared to the private one.

Think about it this way, look how much shit people like Maugham has stirred up with all this alledged cronyism and job for the boys - I would suggest most people believe that corruption is rife in government - yet nothing of any importance as yet been proved as it?

But if you compare Maugham with our Bob, who in his small way is shining a light on shady practices in the private sector with the likes of Vince and Rashford, then absolutely no one is at all interested - are they?

People therefore apply different standards to the public and private sectors - at the end of the day politicians need people to vote for them - if people think you are dodgy or corrupt they wont - and if your party think you are and would damage their chances in the next elections, they would dump you as well.

Are Hancock and Rushi Sunak corrupt, I doubt it and they soon threw Cameron under the bus to distance themselves from him.  Is Cameron corrupt, I doubt that too, he simply used his connections.  It is worth noting in all of this that ultimately it was public servants like me that recomended that what Cameron was after wasn't acceptable and no minister was prepared to put their name to overuling that recommendation - they aren't as stupid as some might think.

Sluffy wrote:Think about it this way, look how much shit people like Maugham has stirred up with all this alledged cronyism and job for the boys - I would suggest most people believe that corruption is rife in government - yet nothing of any importance as yet been proved as it?

Thought this article from Kuenssberg today was very opportune as it ties in with what I said earlier myself and what I tried to explain to TROY a few weeks earlier in that if you can't beat the government in a straight contest at the next General Election because they hold an 80 seat majority, then you've got to get across an impression with the voting public that the party itself is somehow not to be trusted, that they are deemed to be corrupt, in it for themselves and their mates.

Paint them black so to speak.

In a sense it doesn't matter if they are corrupt or not - just as long as the voters 'believe' that they are!

If it turns out the were not corrupt then it no longer matters because they are out of office and the strategy has worked - (first rule of politics - gain power).

"Politically, this story does not start and end with Greensill or David Cameron. Labour is trying to build a broad attack on the Tories for indulging in cronyism, whether it is the former PM's lobbying, or pandemic PPE contracts, or however the prime minister's expensive wallpaper was actually paid for.

Its push for a vote on an inquiry into Greensill on Wednesday is part of a long-term game". 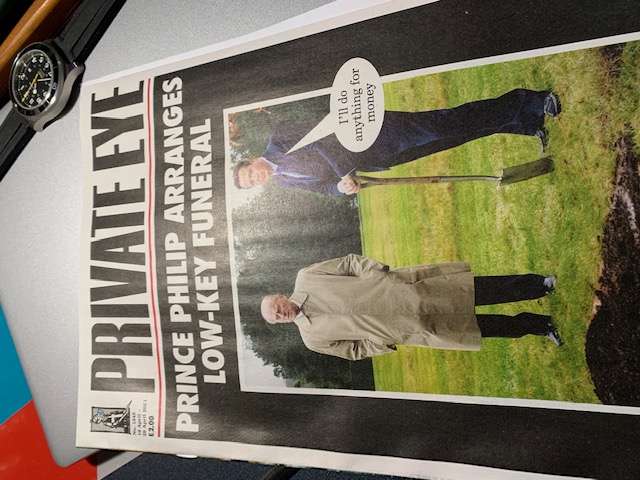 Just adding a bit more to the thread.

What is lobbying?
It's another word for trying to persuade the government to change its policies
It can be done by individuals, companies, organisations and charities who contact ministers, backbench MPs and other politicians
Some organisations and companies employ professional lobbyists to make their case for them
Former MPs and civil servants often work as lobbyists.

...and second an 'analysis' on todays Commons debate about 'cronyism/Greensill'

(Note the point I've been making about all this, picked up again in the article)

Sleaze - amid stiff competition, it's perhaps the dirtiest word in politics.

And Labour's choice to attach it to the current government's actions is no accident.

Sir Keir Starmer is seeking to evoke the scandals of the past which have led to the downfall of Conservative ministers.

In the latter years of John Major's government in the 1990s accusations of sleaze were so commonplace it was arguably a factor in them losing power.

But while Boris Johnson and his ministers will be keen to avoid accusations of improper behaviour in office, there are dangers for the opposition here too.

Labour governments have seen their fair share of scandal in the past and it's a brave politician of any colour who claims to be beyond reproach.

Both articles taken from here -

Re: Cameron's lobbying - a step too far?

» Coyle to Wolves?
» What would it take for ED to step in.
» Ken Barlow: A Step Too Far?
» The Naughty step
» I don't see Bolton Wanderers as a step down, says Joe Dodoo