There were plenty of contenders for man of the match this week – but who got the vote from chief football writer Marc Iles?
Read on to find out…

BEN ALNWICK…8
Two big saves in the first half to keep the score-line level – the first of which, from Swift’s free kick was an absolute stunner.

PAWEL OLKOWSKI…8
Bolton’s best-kept secret won’t stay that way for much longer with performances like this. Solid in the tackle and composed on the ball.

DAVID WHEATER…7.5
Reading couldn’t find a way past him in the air and though both he and Beevers had to scramble on occasion when they played the ball in down the sides, they came up with answers.

MARK BEEVERS…7.5
Has stepped up a level since the start of the season. Made some inch-perfect challenges to keep Reading at bay and was, as usual, impeccable in the air.

ANDY TAYLOR…7.5
Another who, like Beevers, has stepped up to the challenge of competition from Phil Parkinson’s new signings. His experience shined through in the second half.

JOSH VELA…8
Playing with a snarl on his face, which means he’s enjoying his football again. Rattled into challenges in the second half and never stopped closing down Reading’s midfield.

JASON LOWE…8.5 MOM
Described himself as a “cog in the wheel” but is proving so much more important than that. Screened the back four superbly.

LUKE MURPHY…7.5
Compact in possession, broke up play. Parkinson has put a lot of faith in the ex-Leeds midfielder by putting him straight into the side but he’s getting a reward.

CRAIG NOONE…8
Great ball to put Wildschut through for the goal and, in another all-action performance, the winger never stopped running.

JOSH MAGENNIS…7.5
Almost mechanical in the way he tracked down defenders and made sure they could not get a second to pick out a pass. Phenomenal work-rate.

WILL BUCKLEY…6
Didn’t quite look at his sharpest even before he missed the chance to score. Still puts in so much effort and will have better days than this.

Subs: Wildschut 46 (for Buckley) – Couldn’t ask much more than a goal three minutes after entering the field of play. Positionally excellent too. 8

Donaldson 81 (for Noone) – Saw the game out with experience 6 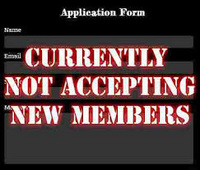 [You must be registered and logged in to see this link.] wrote:Surely we won back to back away games in league 1.

I think what Iles is trying to say is the last time we won back to back games at Championship level or higher.

[You must be registered and logged in to see this link.] wrote:

[You must be registered and logged in to see this link.] wrote:Surely we won back to back away games in league 1.

I think what Iles is trying to say is the last time we won back to back games at Championship level or higher.

Yes, I don't like such statistics as they're misleading.