This video is the best I could find but isn't that great and was done four years ago but the gist is more or less the same except the power units are contained within the bike frame as well and not in the bottles.

No one has ever been caught in the top level but there's enough 'unexplained' events that do make you wonder if the bike is all it looks to be!

Personally I wouldn't think any of the top riders do it - they may have done previously but I think they know the authorities are looking out for it now, but you never know for sure do you!

I remember Hill and Bedford and they didn't cheat and I thought Viren was amazing in his first Olympics - we all did - but doing nothing for four years then winning both events again at the next Olympics...something fishy going on???

I don't think he ever admitted to it or was caught but it's clear he cheated.

Maybe if he was around these days he'd try to get a motor in his running shoes instead of spikes perhaps!

Intersting video shows nothing beats training lol, i suppose both the noise and strength issue may have progressed over the years who really knows, just got to go with what we see and make a judgement.

Alaphilippe wins a fantastic World Championship, the best I think I've ever seen.

Alaphilippe was the best rider last season by a mile and I'm pleased he's got a belated reward for his racing, in this, as he wasn't the same ride in the TdF as he was last year.

One day racing like this doesn't have as many 'races within races' and a narrative that develops over three weeks, which I particularly like but it is more about man on man of the best individuals on the day, over a very long ride and very sharp and steep hills, particularly towards the death.

We now move on to the Giro next week!

PS the winner of the World Championship has the right to wear the 'rainbow' jersey at all relevant races (road champion on the roads, TT on TT's, etc) throughout the next twelve months.

For instance, Wiggins leading the then reigning World Champion Mark Cavendish on the Champs Elysees at the 2012 TdF, both on the Sky Team at the time - 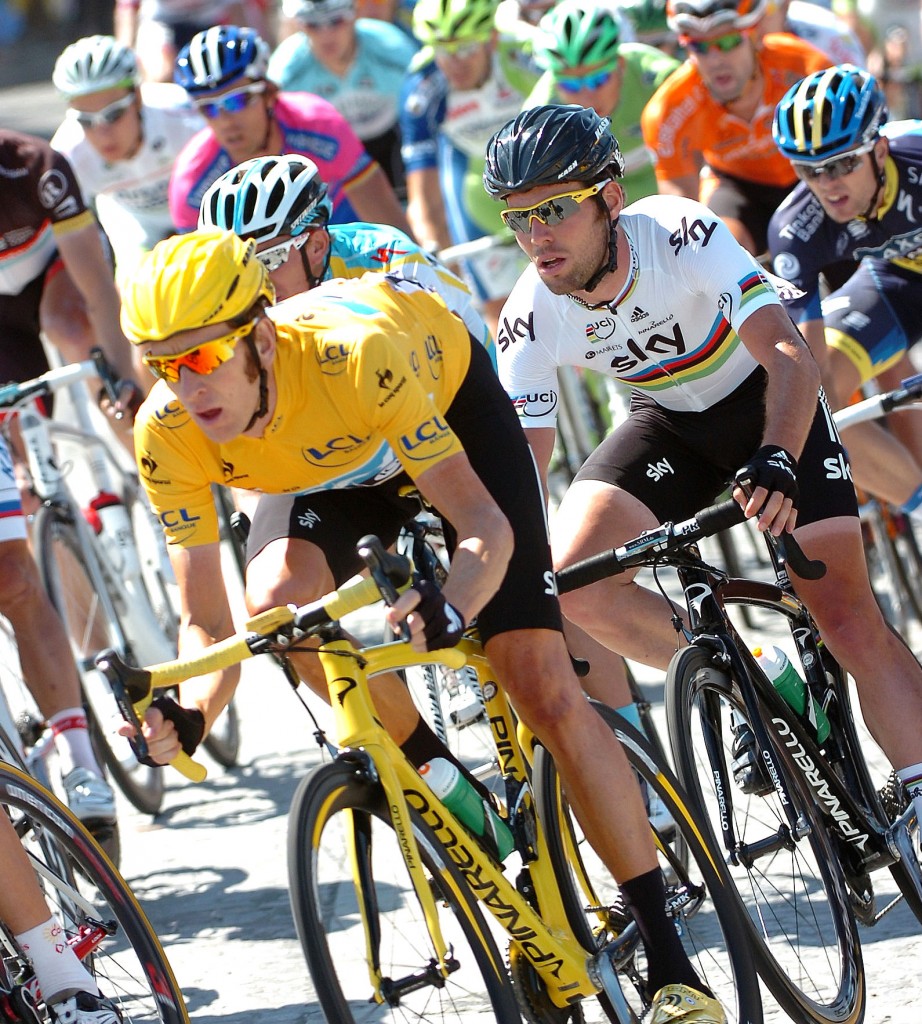 Didn't for various reasons watch as much as i intended, however i did see the last 100k of todays mens race, fantastic drama again, mind boggling to see that they are still eye balls out after 6 hours 38minutes. The commentators predicted what Alaphillipe would do and he produced the goods he was a worthy winner. And yes chuffed Hirschi was on the podium, i like Carapas as well he featured at the sharp end. I had to laugh i recognised all the names in the leading group

Was obviously hoping the young brit would feature but he performed well. and part of me was hoping Roglic would prevail after such a disaster next week.