Guest
We live in a two bedroomed semi, it's nothing special and it's always been fairly cheap to run (as it were).

However, we had our electricity meter read last week and today I've received a new bill.

We've been paying about £40 a month for our electricity with EON for a couple of years and it's never fluctuated much.

The cheeky bastards have decided that we're now somehow £340 in arrears with them.

Despite our usage not having increased dramatically and the tariff being the same as it always has.

So in effect, we've got to pay a premium, through the nose, starting now, for electricity that we haven't even fucking used yet! 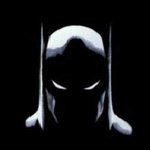 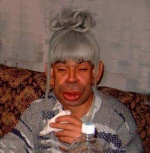 Posts : 23696
Join date : 2012-01-02
Location : Broadmoor
I was paying way over the odds with British Gas for my electricity. I switched via Marks and Spencers and it's a lot cheaper. Better to shop around than just pay it.

Guest
They can shove it up their arse.

And I've just mentioned Biggie's comment in my e-mail to them - fuckers!

Just been on that meerkat thingy and I can get it with somebody else for forty quid.

And the wife gets baby Oleg to shove in a box under the bed with all the rest of 'em.

A friend of mine is quite high up in a major energy supplier - they dramatically inflate your estimated usage so you overpay, hence they have millions of pounds sitting in their bank account earning interest.

Let's say two million customers overpay by £200 over the course of a year - your energy supplier takes the interest on £400m. Nice.

Of course you don't have to accept their figures, but most people do. Idiots.


They dramatically inflate your estimated usage so you overpay, hence they have millions of pounds sitting in their bank account earning interest.

Interestingly enough, in their reply to my e-mail, they've just divulged that our gas account with them is actually £318 in credit - surprise, surprise!

When were you planning on telling me about that then, EON, if I hadn't kicked up a fuss.....?

I've just rung 'em and suggested that they use this credit balance to off-set the electricity debit, but apparently it doesn't work like that.

Ok then, I said, send me a cheque and I'll use it to pay the electricity bill.

"Er....sorry, can't do that either" he said rather sheepishly "They're completely separate accounts. One's Gas and one's Electricity."

Do you work for EON? I asked him.

Do I pay EON for my electricity?

Do I pay EON for my gas?

Are you being deliberately obstructive?

Posts : 16997
Join date : 2012-01-12
Set up a business in your front room then offset say 50% of your fuel bills against the business on the basis that it's where you spend most of your time (having a business and all) and paying the bills from the business account. As the E-on account is on a domestic supply basis and they're overcharging in advance take the readings yourself and ask for a rebate rather than an account credit. The rebate money will come to you and you'll reduce your business tax liability in one legally grey fell swoop.