Another murder in Khan's London.

He wasn't a criminal however.

Guest
Ah right deserved to be stabbed then.

Guest
Would have thought you'd be able to pick up on a flippant comment.

What would be the significance of him being a criminal then?

Guest
Can you post a link to the story?

Posts : 29119
Join date : 2012-08-04
There was something in the Daily Mail yesterday with the dad giving an interview saying that they tried to stop him from going down the wrong path in life.

Haven't seen anything about the kid with a gun though.

@Hipster_Nebula wrote:Footage of the kid has emerged this morning of him posing with a handgun - illegal in the UK as far as I'm aware.

He wasn't a criminal however.

So where is the footage? The link you posted has no footage of him "posing with a handgun".

Might well be a replica given its colour but the fact that he was targeted would suggest that he was involved more than his family will admit. Did they not wonder why he had a moped and was riding around at night on it?

Posts : 17325
Join date : 2012-01-12
Still struggling to see the point of this thread as we already know that London is the biggest city in the UK and has loads of criminals and a violent gang culture in the poorer areas. Might as well start "another sheep in Wales" or "another vegetable in Kent" thread.

Best ignored. Just let them carry on. They will get fed up eventually.

I know it's surprising but some people outside of Islington think khan is a moron.

Posts : 17325
Join date : 2012-01-12
Yesterday, police in Llanfairfechan stopped Arthur Jumper and his "best friend", Baaaaaaaaaarry (pictured) driving erratically through the town centre as the front seat wasn't big enough for Baaaaaaaaaarry and he was obstructing Arthur's view. Officer Rees Evans Davies-Jones let Arthur off with a caution on the proviso he took Baaaaaaaaaarry to the petting zoo.
This morning Arthur and Baaaaaaaaaarry were stopped again as they drove past the police station, both wearing sunglasses.
"Thought I told you to take that sheep to the petting zoo?" said Officer Rees Evans Davies-Jones.
"I did" replied Arthur. "and we enjoyed it so much, today we're going to the beach."

Meanwhile in Canterbury, a somewhat embarrassed young capsicum (pictured below) told officers she had been graped.

"Don't you mean raped?" they asked.


Kent police have released a photofit of the suspect... 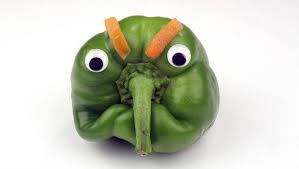 Posts : 17325
Join date : 2012-01-12
And here  is the evidence that suggests violent crime continues to rise nationally under the Tories as it always does after steady declines in the Labour years. Coincidence?

Guest
19% rise in violent crime and 20,000 less police on the street. Absolutely no connection between those two things of course though...

T.R.O.Y wrote:19% rise in violent crime and 20,000 less police on the street. Absolutely no connection between those two things of course though...

The massive increase in social deprivation and class division is also a major contributor. The rich get richer and the poor murder each other over drugs and money.

Who is doing it and why?

This government don't care about law and order and labour, of whom many don't believe in prison, certainly won't have any answers.

Guest
Don’t remember ditching prison in Labours manifesto. Funding them properly was though, no connection between less police and a rise in crime though of course.

If you want to look at causes, inequality is most often pointed to as a driving factor:

As that won’t fit your narrative though, keen to hear what you have to say Hipster.

The solution to everything.

The solution to everything.

Keeping people in prison is very expensive. We have the highest inprisonment rate in western Europe but not the lowest amount of crime. Clearly prison doesn't work.

More efforts need to be spent on helping people to stop re-offending. That would be more efficient than the present approach even if it wasn't popular with the right wing.

It's hardly right wing to think that if someone commits a crime they should be punished rather than rewarded.

But if a party wishes to run on that that's up to them.

Posts : 17325
Join date : 2012-01-12
Legal and prison reform is the way forward. I think the concept of community service should be expanded into a fully grown work programme by closer links to industry which with a bit of research could allow prisoners to a) make a contribution to the society they have damaged and/or make reparation to the people of families of the people they have harmed and b) give prisoners the opportunity to productively learn new skills and provide for their own families whilst they are inside and when they leave.

We have tens of thousands of people sat on their arses and getting up to no good in prison and it is a huge waste of resource and a drain on the economy, so surely we are capable of working out a way to make them productive for the benefit of society?

Work and prison is an old concept, but breaking rocks doesn't do anything significant, so the Government needs to be smarter about it and develop a full work programme where legitimate businesses could be set up in prisons utilising skills that inmates may have, providing training and perhaps a trade to those who don't and making them all work a forty hour week and have their share of the rewards either saved for them for when they get out or paid as recompense to the victims of their crimes. I can think of loads of things that could be done ranging from manufacturing products for sale, growing their own food, taking on low skill labour jobs on a piece work basis, filling labour shortages, sorting waste for recycling,  etc. Some prisoners have skills that could allow them to do and train others to do - but instead of doing training and getting qualifications in isolation (which society is currently paying for) it would have to be done in conjunction with producing something of benefit.

All this could be done providing prisoners are risk assessed, don't have access to weapons, and fully and continuously monitored, and the jobs themselves are fair and reasonable activities with a tangible end product that would give them pride in what they are achieving and a share of the income.

Requires a lot of thought, investment which will be repaid, and strict control.
If rehabilitation is ever going to work, it has to be realistic and that includes the work environment and the opportunity to develop skills useful to society.

Such a plan has numerous benefits if it can be executed correctly and safely - benefits for society, reduction in the cost of the prison system, reduction of wasted resources, and an opportunity for prisoners to get a life instead of sitting around and waiting out their time before they are released to go out and reoffend. Closer links between industry and the prison system could be a route into a job once they leave mirroring the current links with Universities but with a higher burden of proof.

And in the real world there are jobs that everyone can do, even sick notes so the system needs to ensure that nobody can swing the lead and the rewards for effort are an incentive to do it and not contributing/participating has disincentives.

The entire system has to be and be seen to be fair and meritocratised.

The key difference is that all prisoners should be forced to work as part of their sentence rather than a few "having the opportunity" to work as is currently the case.