Coronavirus - will we survive?

I should state for the record, that I do know who Keith Lard is 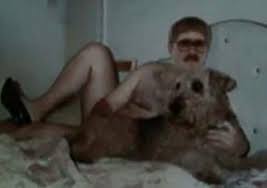 That is absolutely minging.

I thought that this was interesting - 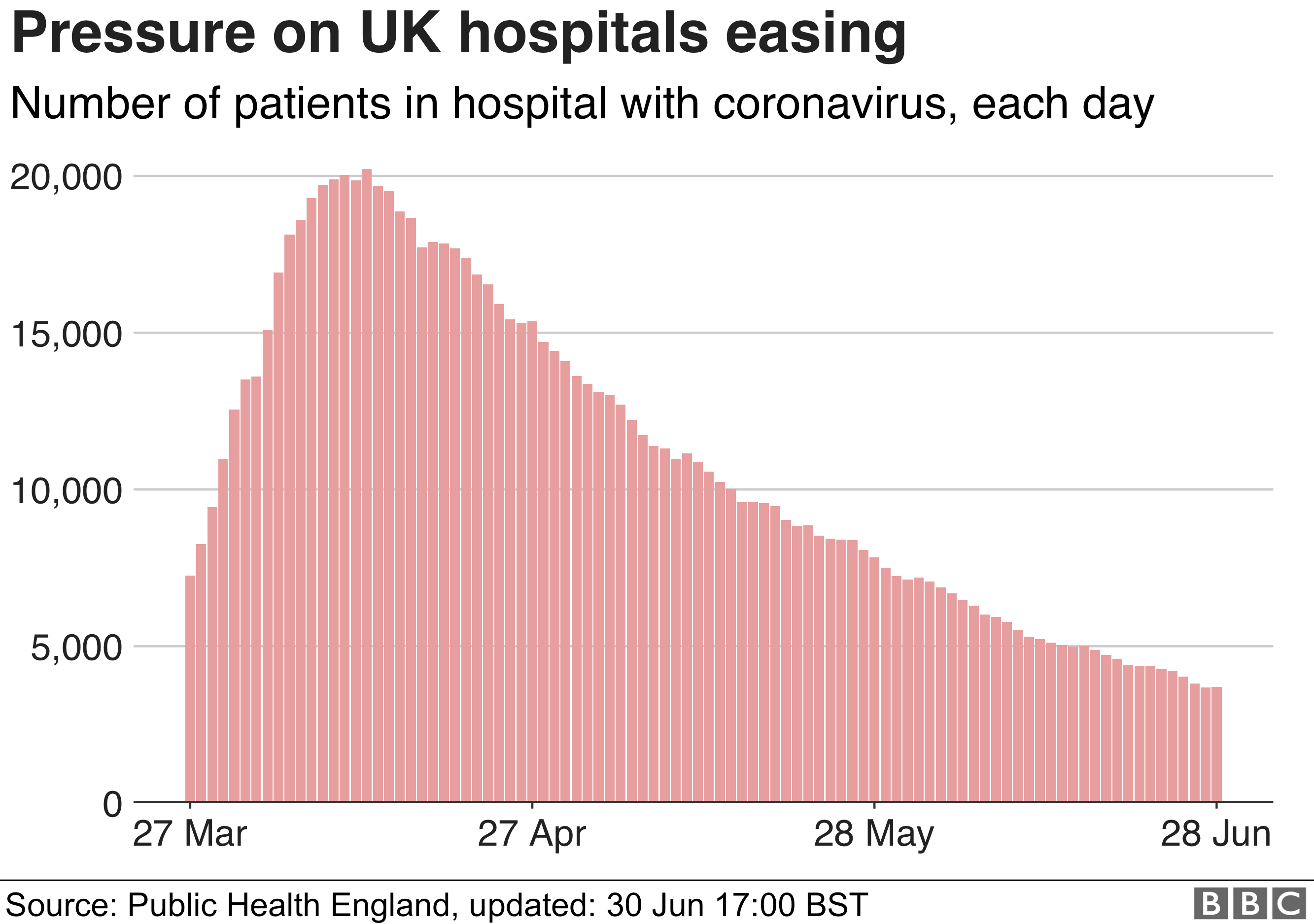 It shows that there are about 4,000 coronavirus people needing hospital treatment.

The thing is though that the average is around 1,000 people per DAY being tested positive for the virus.

So on the face of it a huge proportion of those KNOWN to have the virus (there's loads more with it, without any symptoms) are well enough not to need to go into hospital.

Deaths are averaging about 1,000 per week, so I guess that roughly means that only 1 in 7 who test positive need hospitalisation and of those hospitalised 1 in 4 will be recovering and leaving per week, 1 in 4 sadly dying each week and the remaining 2 in 4 still requiring treatment.

Still a long way to go but the less people needing the hospital for the virus the better things are getting.

Hopefully it will stay that way.

sunlight wrote:Cummings is a bit like Rasputin, except with the Tory party, rather than the Romanovs.

Yes. They are both self-proclaimed mystic holy men, healers, f*** their followers and rise to power on the backs of others.

You never know...Rasputin was assassinated by a gang of conservative noblemen. Just saying.

Thanks for posting this okocha. It is a very interesting interview.

I watched various news channels this morning, every one had a different expert giving a slightly different viewpoint.

How is anyone supposed to know who is right?

Good point, Nat. I had exactly the same problem when trying to decide the best way to vote on Brexit.

Attempting to wade through the varying opinions, lies, exaggerations and misinformation left me completely nonplussed to the point where I wanted to write on my ballot paper "How the hell am a I supposed to know when all the "experts" contradict each other?"

And, to be honest, I'm still not convinced about what the likely outcomes of our departure will be...but I'm pretty certain that Boris and co. will make a hash of it  and leave the majority of us in a worse position than necessary, judging by the evidence of the government's botched response to the pandemic. Do you have faith in our ability to negotaiate good trade deals?
But, have no fear, JR Mogg and his buddies in government will not end up in the same boat as us plebs financially if it all goes wrong.....

Incidentally, how do you feel about the idea that the decision to stop staff, patients and visitors having to pay to park at hospitals is likely to be reversed? Parking is free in Wales and Scotland and is a drop in the ocean for the government here.

Care Homes should have been more cautious than BoJo was. Maybe they were a bit Cavalier.
Anyway, who are these Politicians kidding wearing hi-viz jackets and ruffling their hair?

okocha wrote:Good point, Nat. I had exactly the same problem when trying to decide the best way to vote on Brexit.

Attempting to wade through the varying opinions, lies, exaggerations and misinformation left me completely nonplussed to the point where I wanted to write on my ballot paper "How the hell am a I supposed to know when all the "experts" contradict each other?"

A bit surprised by this. Almost all the experts were opposed to brexit which is why Gove decided we didn't need experts. Very few experts expect brexit to be anything but bad for most of us. Rees Mogg and rich backers of the Tory party will do very well out of it of course. And it did make Boris PM.


Rees Mogg and rich backers of the Tory party will do very well out of it of course.

I remember Rees Mogg falling asleep sprawled out in the Commons after taking his daily tincture of Opium. He meets a Chinese man on the banks of the river Thames for his supplies.

This is a concern.
Looks like it's a very low percentage of people that are affected but it's potentially devastating for the unlucky ones.

Incidentally, how do you feel about the idea that the decision to stop staff, patients and visitors having to pay to park at hospitals is likely to be reversed? Parking is free in Wales and Scotland and is a drop in the ocean for the government here.

I believe the parking income goes to the Trust operating the hospital rather than the Government so what you're really questioning is the economics of the creeping privatisation of the NHS.

Not sure you're right, Lusty

okocha wrote:
Sounds to me like a decision from the government. From PMQs this morning:-

"For his final question, Sir Keir turns to reports that free car parking for NHS staff at hospitals, introduced during the pandemic, will end.
Sir Keir says this would be "wrong" and calls on the PM to rule this out.
In reply, Boris Johnson says parking is "free now" for staff and accuses Sir Keir of jumping on the "latest bandwagon".
He says the government will get on with implementing a manifesto commitment for free car parking for patients that need it."

Notice that Boris does not mention continued free parking for staff or visitors, including relatives of patients.

A gentle reminder - please keep this one thread free of Brexit and politics, etc, thank you - this is for the oldies like me, who don't want to wade through loads of stuff to find information that might be personally of importance to us.

There's plenty of other existing threads to chat about Brexit, politics, etc.


To that aim I post below two pieces of information I've found of interest in the last day or two.

The first is that 'R' rate has nudged up - the upper limit now = 1 for almost all regions - and as far as I am aware, nobody else seems to have mentioned this (Govt, media, social media, etc)? 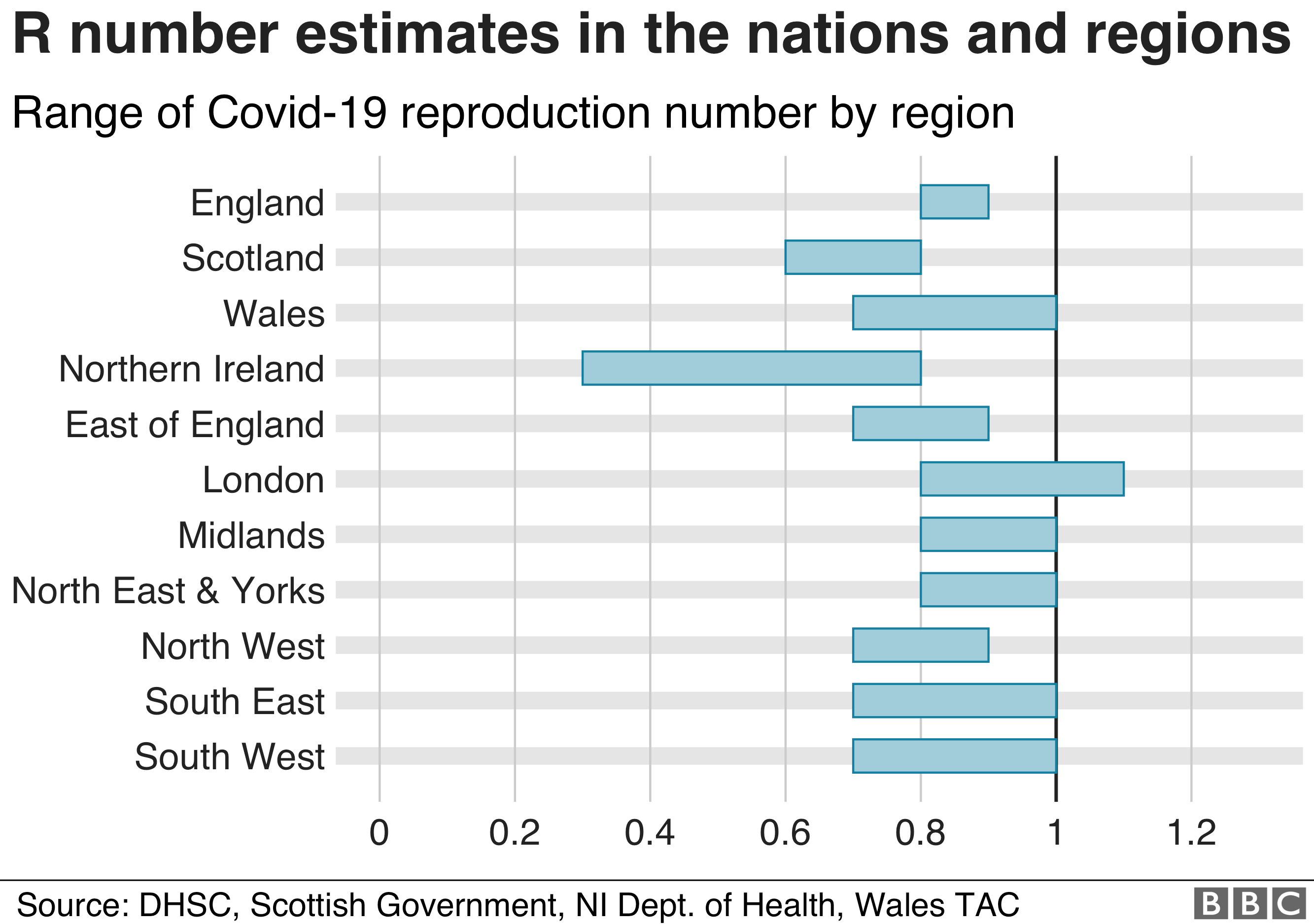 As we've only just come out of lock down this week and it takes a couple of weeks for new infections to show, I fully expect the reproductive figure to go above 1, which in theory should mean a second spike and lockdowns!

The second is a tweet from some bloke on Twitter putting the daily new infection rates into a more understandable format and rankings.

On his tweet below it shows Leicester at the top of his list and that 1 person in 90 has been shown to have been tested positive there.  A quick rule of thumb is that at anyone time, for every person 'currently' showing positive, there are two others who are walking about who are unknowingly positive too.  So think of 1 in 90 as the very best scenario, the truer figuer being somewhat lower than that!

As for Bolton residents, they are shown to be 19th on the list (out of 149) with 1 in 157 people shown to have tested positive (12 of which were reported yesterday - the average throughout the country being about 1 a day).

Total 1 confirmed case for every 90 residents since start of pandemic pic.twitter.com/xmhP2SeWGa

Hope this information is of use to others.

Interesting table although I note that Norfolk and Warrington both had -1 new cases reported yesterday. Go figure.

Re: Coronavirus - will we survive?